Authors and Editors Together - Synergy or Failure? Part 3 of 3 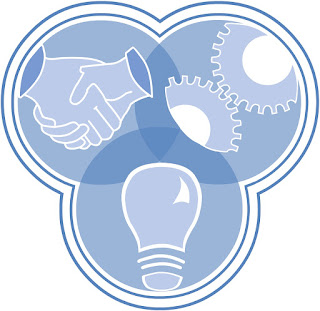 Synergy results when multiple elements come together and produce a result greater than the sum of all the parts individually. If you’ve ever heard the saying, “We can do more together than we can apart,” that’s what is meant by synergy.

When an author and editor work together, they create synergy. The author writes, the editor edits, and together, they pull the best out of each other and create a story that neither could have created on their own. Or rather, they should be able to do that.

Unfortunately, at least from what I’m seeing in indie circles, this relationship has suffered a severe breakdown. “Authors” (and if you’ve been following my posts the past couple of days, you understand what I mean by “authors” vs. authors and "editors" vs. editors) bash editors everywhere—in Facebook groups, on blogs, in chats, on walls. They gripe about such-and-such an editor’s too-harsh comments or lack of knowledge and make terrible comments about editors. And “editors” aren’t doing themselves or authors any favors when they don’t know the most basic of grammar rules. But in an “editor’s” defense, some of them probably aren’t speaking up for fear of an "author’s" reaction. Because it has been my personal experience that “authors” are pretty nasty about vocalizing when they aren’t pleased with an editor’s or “editor’s” comments.

As a result, good editors are walking away from editing for indie authors. I know. I’m one of them. My editor is another. I got tired of dealing with the arguments and backtalk, as well as the snide back-stabbing and public, passive-aggressive hissy fits some of these “authors” threw on their Facebook walls after they asked for my feedback, got it, and got pissed off because I didn’t just say, “This is awesome. Good job.” And I know if these “authors” are throwing public hissy fits, they’re in their private chats with their friends cussing my name up and down. I don’t need that crap. No good editor does. And as more good editors walk away from editing for indie authors, what does that leave indies to choose from? “Editors” who have no business performing an edit. So it's a lose-lose.

In yesterday’s post, I mentioned that authors need to get out of their own way. And the above is a perfect example of what I mean. When working with an editor, an author needs to check her ego and pride at the door and refrain from throwing temper tantrums when she doesn't get your way or hear anything but praise, because it’s an editor’s job to make her better than she already is by shedding light on her shortcomings. Yes, good editors will point out where an author needs to work (and all authors need to work on something). They will cut up her manuscript. They will slice open its belly and poke around its organs, and they’ll tell her what she needs to do to get those organs where they’re supposed to be so the story can live and breathe, and then they will leave her with the responsibility of sewing the belly back up once she's fixed everything. At least, that’s what a good editor will do.

And it's the author's job to fix what the editor points out. There are grey areas where an author can overrule an editor, but those are usually in small, subjective areas such as whether to write the possessive of Jonas as Jonas' or Jonas's.

If all an author wants to be told is how awesome she is and how perfect her story is, she needs to hang up her typewriter, because that is not how it works. She’s just wasting everyone’s time, including her own, because she’s not writing for the right reasons or with the right expectations and frame of mind. Writing is painful. It hurts. It wounds the pride as well as the ego at times.

Even so, when it comes to the writer/editor relationship, without doubt, the editor draws the shorter stick. I’ve been on both sides of this coin, and as painful as it is for the author to receive a negative critique, it is much easier to be on the author end than the editor end.

As an author, it is my job to write. I love writing. I take an editor’s comments as a challenge and look forward to the ensuing chaos of fixing what an editor tells me to fix. Authors should embrace this phase, because it is at the very heart of what they supposedly love doing—writing. Right? If the author doesn't want to write, why are they writing in the first place?

On the other hand, when I was editing, when I returned an edit, I felt the hate fly at me from all angles. It takes a thicker skin to edit than write, because I know from experience that I’ve been bashed about twenty ways to Sunday over what I’ve suggested and pointed out in my edits and/or critiques. I know I’ve been cussed and spit at and flipped off every which way. It seems that the majority of indie authors only want to hear, "This is awesome!" when they ask for feedback, but I won't sacrifice my integrity and lie, and I certainly won't try to "not hurt an author's feelings" by lying, or lie simply to "keep the peace." That's not fair to anyone and doesn't do the author any good to hear lies like that. However, I would say 90% of the indie authors who have asked for my feedback, in one form or another, threw a fit when I had anything but positive things to say. Even when I voiced both positives and negatives about a piece, the reaction in at least two cases I can think of was for the author to go into a passive-aggressive meltdown on their Facebook wall. There are certain author circles I don't even participate in anymore because of the reactions I've received to my editing comments. All because I did my job...well.

In fact, editing feels like the one job that the better you are at it, the more pain it causes. At least that's been my experience.

And that’s why I no longer edit except in special circumstances.

Here’s what I think needs to happen to bring the synergy back into this crucial relationship:

Third: Authors and editors need to listen to one another, but authors especially need to listen to what educated editors have to say and not argue with them, blow up, call them names behind their backs, go passive-aggressive against them on their Facebook walls, and otherwise act like two-year-olds badly in need of a nap. As an editor, I'm over being argued with and treated like shit, which is why I quit.

When an author argues with an educated editor, she is more-or-less wasting the editor’s time and hers. As an editor, I wouldn’t be pointing something out in the manuscript if it didn’t need to be addressed, and I always wanted to say, “Why did you ask me to edit if you’re just going to argue everything I suggest or point out and tell me how you want me to edit your work? Doesn’t that defeat the purpose?”

And what's really funny is when someone argues with me and tells me I'm being too harsh in my edits then turns around and betas one of my scenes and says, "Take out that stupid comment." Really? I'm too harsh? I may be harsh, but I'm always professional and objective, and I certainly never sling personal insults or call any part of an author's work "stupid."

“Authors” need to quit arguing and get out of their own way as well as their editor's, and they need to learn that there's more to writing than just writing a story—a lot more (I'll talk about that in my next post). And "editors" need to realize they don't know everything. I just learned something new yesterday. That's the beauty of continually studying and listening to others regarding the crafts of writing and editing: You learn more and can correct old habits. :)

In yesterday's post, I said that if an author isn't feeling pain and discomfort after receiving an edit back from their editor, then the edit wasn't good enough. A good editor, especially at the indie level where writers have been shown not to have the best grasp of story structure and grammar, should be finding tons of things that need to be sliced and diced. TONS! And that means that an author should have tons of work to do when she gets her edit back. If that's not happening, then she's not getting her money's worth, even if the edit was free.

Now, before I get rotten tomatoes thrown at me for saying authors at the indie level have been shown not to have the best grasp of writing, let me explain that I'm not saying that to be derogatory. I'm saying that because it's true. Indie writing is not at the same level as professional writing. It just isn't. Why lie and say it is? So, I'm just stating a fact.

But the greater point to be noted here is that the field of indie authors is RICH with coal just waiting to be pressurized into diamonds, and then cut, molded, and polished further into beautiful gemstones. But a lump of coal can't become a raw diamond without a LOT of pressure being applied to it first, and and a raw diamond can't become a beautiful gemstone without being cut, filed, and polished. But for the process to be a success, the lump of coal (writer) can't fight the process, and the editor has to know how to apply pressure, cut, and polish.

Of course, all of this is contingent on the author actually wanting to put out the best and highest quality story possible. It that isn't the goal, then my posts of the last three days can be disregarded.

To summarize my last three posts, "editors" need to become editors, "authors" need to become authors, and the two need to begin working harmoniously with one another, allowing and expecting each to do their respective jobs. And that is critical. Authors need to expect editors to edit, and editors need to expect authors to write. And both need to allow the other the room and respect to operate in their roles, which means editors need to be allowed to give negative feedback without repercussions, and writers need to be allowed to rewrite their own work without editors feeling they need to do it for them for free. If authors and editors are just going to bitch, sling insults, and call names, they should get out of the business, because they're pissing away one of the most powerful tools in their arsenal that could propel them to the next level: Synergy.

I plan on getting back to my writing tip posts in the next couple of weeks, because I have a mission to help as many authors as I can improve their abilities. If you have suggestions for writing tips, please let me know what they are so I can add them to my list.