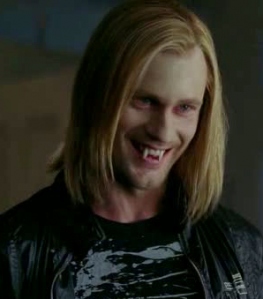 As an author of paranormal worlds, especially vampires, I have a soft spot for these creatures of the night. And as you saw in my last post, my AKM vampires are all pretty damaged characters.

Something else I like to create in my vampiric world is diversity. Think about it. Humans don't come in one shape, size, or color, and they all don't follow a cookie cutter personality or style. We have Caucasian, African-American, Asian, Indian, and everything in between. Furthermore, within each race, we have even more subsets of people. Plus, we have good humans and bad ones; louds ones and quiet ones; some with addictive personalites and some with incredible self-control. We have athletes, musicians, artists, lawyers. Some humans are psychic, while others are merely intuitive. The point is, we have an unlimited, diverse set of human appearance and behavior.

Why not have the same with vampires? Do all vampires have to be big and muscular? Or with just one set of fangs? Why can't the vampire race have just as many variances of appearance and behavior as the human race does?

This variety is what I strive for in my All the King's Men series, and in my next book, I'll be introducing a new character who is an Ancient who comes from the Old World. He's described as Slavic, and not many of his kind remain alive today, but his appearance has one stark characteristic not found in most of the other vampire races: upper and lower fangs. I think fans will fall in love with this character when they meet him, because he's got severe issues and just jumps off the page. One of my beta readers already told me she is crazy about him — and he was only in the story for maybe all of two pages, if that. Only the right kind of female will be able to save this severely tragic male who has lost his touch on reality (and yes, I have one in mind - hee hee).

At any rate, here is some more vampire trivia to whet your fangs with:


According to Romanian legend, a child could be born a vampire if a vampire stared at a pregnant woman. If a pregnant woman was stared at by a vampire, she could have a vampire child. It was once commonly believed that children could be “marked” in their mother’s womb by something the mother saw or experienced while she was pregnant.

The Bruxsa, a beautiful female Portuguese vampire that transforms into a bird, leads a human life by day and transforms through witchcraft into a vampire by night. She is capable of bearing children (though she often feeds upon them). If you meet one, bad news: There is no way to kill this vampire.

The Danag, which originated in the Philippines, is an ancient South East Asian vampire that is initially believed to have been a good friend to humans before it got a taste of their blood and decided to feast upon them.

It is generally accepted that vampires cannot enter a dwelling without the owner’s permission or invitation.
Posted by Donya Lynne at 9:01 PM