Trick or Treat
Gawd the Heat
Book Boyfriends are mental-sweets! 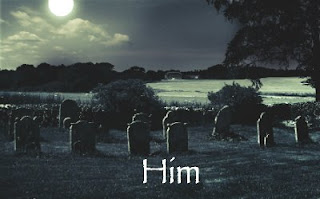 The word in the photo is your “treat”! Make sure you keep it in a safe place. “Visit” the Road to Hell series (http://madisonroadtohell.blogspot.com) tomorrow, and each day thereafter, to find the next “treat”! The Sweet Heat Trick or Treat Blog Tour ends October 31st and on Halloween you’ll return to the Road to Hell series blog and receive your final word. Here’s the “trick”—you’ll have to arrange all the words you’ve received each day into a sentence and then provide the sentence in the rafflecopter provided. New entries will be added to the rafflecopter each day so be sure to check back at the Road to Hell series every day to increase your chances of winning!

I'm including a free e-copy of Rise of the Fallen in the gift basket, too, so if you've not read my AKM series yet, this is your chance to get to know Micah Black and his friend Traceon. Based on fan reaction, you don't want to miss out on Traceon. Here, let me give you a tiny taste as to why by sharing an excerpt from Rise of the Fallen (warning: adult language):


Keys jangled at the door, and then John Apostle stepped inside, still in uniform, his gaze sweeping the room in horror before stopping on Trace. Trace held up his hand, fingers splayed. Apostle halted and froze just as he tried to turn and run.

"Please, do come in," Trace said, slowly moving his fingers, manipulating Apostle as if he was a puppet. "Close the door." The dreck did as he was compelled to do. "Now, come here and get on your knees in front of me."

Apostle walked like a zombie. The only part of him showing any animation were his eyes. The rest of him seemed void of feeling. Stopping in front of Trace, he dropped to his knees with a resounding thud.

"Before you die, I want you to know that Micah saved the girl. She's one of us now." He leaned forward and grinned at Apostle. Trace could feel the dreck's hatred and anger pushing through his fear, but it didn't matter. He was as good as dead already. "Micah and I are her guardian angels, now. And I am his. I won't let anything happen to either one of them, but if anything should, I will single-handedly crush your entire race before I take my own life. Do you understand?" Trace pressed closer, his mouth curling into a malevolent sneer. "You failed, you miserable fuck. What I will do to them won't even compare to what's about to happen to you."

With that, Trace stood up and loomed over Apostle then fisted one of his hands. The bones in Apostle's neck began to snap and pop, his spine crushing. Then for good measure, with his other hand he squeezed and felt Apostle's evil, blue heart explode inside his chest.

"That's right, fucker," Traceon released Apostle and stepped over him after he fell over dead. "I'm their guardian angel, and you picked the wrong hand of God to fuck with." His anger charged powerfully through his muscles and he stopped, turned, and punched his splayed hands into the air in front of him. A deep, echoing boom sounded and the floor pulsed like it was a trampoline. The crackle of bones snapping filled the air. All five bodies slumped then burst open as the furniture exploded and wind whipped like a cyclone around Trace before slowly calming. Only then did Trace lower his hands.
-----

Don't forget to stop by all the other blogs involved with this hop by clicking on the picture on the top left of my blog that looks like the one below (it will take you to the host blog where you can follow a link to the next blog on the hop and snag another word to complete the sentence on Halloween for a chance to win the price package): 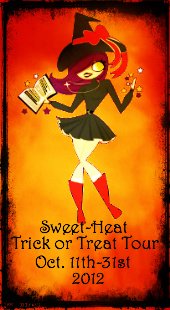 a Rafflecopter giveaway
Posted by Donya Lynne at 9:00 PM

Email ThisBlogThis!Share to TwitterShare to FacebookShare to Pinterest
Labels: AKM, All the King's Men, BlogHop, Giveaway, Rise of the Fallen, Traceon