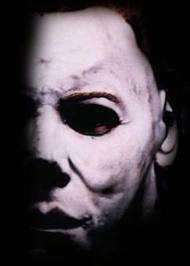 I love a good, scary movie, don't you? Especially at Halloween. Obviously, Michael Myers and the movie, Halloween, are the #1 choice. I mean, everyone knows that mask, and it's perfect for the holiday it's named after. You can't go wrong with a classic like Michael Myers and Halloween on the spookiest holiday of the year. But the original Nightmare on Elm Street and even the cheesy slasher flick, Friday the 13th, are excellent scary movie choices, too. There's just something about putting on a scary movie and dressing up as a witch, ghost, or zombie to pass out Halloween candy to trick-or-treaters that just puts the fright in the night. So, what's your favorite scary move to watch on Halloween?