The End is Just the Beginning 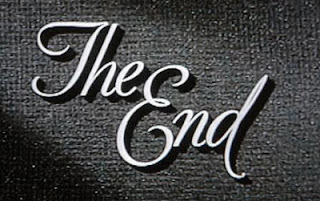 For a lot of authors, "The End" is the most beautiful phrase they've ever typed. They get excited, celebrate, give themselves a high-five. It's truly a wonderful moment.

"The End" means you're only about a third of the way toward being finished. "The End" signals that the hardest part of writing a book is about to start.

Damn you, Donya! Yep, I can hear some of you cursing me for taking the joy out of "The End."

Okay, calm down. It's still okay to celebrate "The End." Because reaching that point is crucial to the rest of the process. Without a story, nothing else can happen and you can't fully reach "I'm Finished." So, take a day or two, go to a movie, make a celebration cake, or shoot off fireworks. Do whatever you need to do to celebrate that the end of the draft has been reached.

And then tuck your manuscript away.

Yes, tuck it away and let it rest. Stephen King suggests six weeks, and I have found through experimentation that 6-8 weeks is just about perfect. While your manuscript rests, and after you've celebrated "The End," work on something else. I work on the next novel in my AKM series or an independent story, but Stephen King works on short stories and novellas. This accomplishes a few things: 1) It allows you to work on future manuscripts and keeps the ball rolling as well as the income train on the track, 2) It shifts your mind from the resting story, which is important because, 3) It allows you to put fresh eyes to the story once you pull it back out.

Fresh eyes are crucial to a story. Fresh eyes allow you to see all the mistakes. They allow you to see plot holes and to identify where the story fails to deliver. If you go right into editing before you've got fresh eyes, you will miss all of those problem areas, because your mind will still be seeing what it saw as you wrote the draft. The problem is, oftentimes what we see in our minds isn't conveyed on the page. Only with fresh eyes and a clear mind can you see the mistakes when you start the edit.

Here's one thing I do while my manuscript is resting, and WOW! has this ever helped me in the editing phase:

I send the first draft to my beta readers (Stephen King actually sends his second draft). I write "The End," and I immediately email it off, mistakes and all. And then I let it sit. Even as the beta feedback comes in, I don't touch the manuscript. I might read the feedback immediately or I might not, but I don't touch the manuscript for 6-8 weeks.

The trick with beta feedback is that you have to tell your betas to be brutally honest. I tell mine that I know there are problems in the story, and I want to know exactly what they think. Can they see the same problems I've already earmarked? Can they see other problems? The beta feedback for my latest book, Rebel Obsession, was so brutally honest, yet constructive, that it enabled me to identify two characters who needed revamping, as well as how to revamp them. My betas and I engaged in intense dialogue for about a week, bouncing ideas off each other, and suddenly, magic happened. Two of my characters were suddenly deeper, richer, more dynamic characters who **popped** in my mind, whereas before they had been flat. But if I hadn't been open to the brute honesty and negative feedback of my betas, I would have missed this entire opportunity.

Relating this to my previous 3-part series on authors and editors, this is where many authors need to get out of their own way. They won't even entertain discussions that criticize their work, but in so doing, they are missing a valuable opportunity to create magic. Whether these discussions happen with beta readers (who serve as content editors for me) or editors, authors need to be engaging in these extensive, constructive conversations that, yes, pick apart their work. They're the most valuable tools in my writer's toolbox, bar none.

At any rate, the resting phase is crucial.

So is the beta feedback phase.

Next comes editing. With your beta feedback in-hand, you can begin your first edit, which I like to call a rewrite, because I will literally rewrite large passages or even whole chapters. I will also add massive amounts of material, including whole chapters, as I identify where I've fallen short. And, yes, I will cut out huge chunks of material, as well. In my first edit of Heart of the Warrior, I added about 30,000 words and rewrote one entire chapter. In the first edit of  Rebel Obsession, which I just finished, I cut the entire epilogue and rewrote 75% of the last chapter, shortening it considerably, and have cut several scenes that I realized belonged in the next book of the series, and ultimately added only about 2,000 words to the overall manuscript. I cut way more than I added. So, some books get a lot added, while others have a lot cut out.

"When you write a story, you're telling yourself the story. When you rewrite, your main job is taking out all the things that are not the story." - John Gould (some might say he was Stephen King's first editor)

After the first edit, or rewrite, is finished, you should let the manuscript rest again, but I've found the rest doesn't need to be as long this time around. You can even send out the manuscript to another set of beta readers or to a couple of betas in your first set. Then the process continues as follows:

2nd edit
3rd edit
4th edit
[each subsequent edit is like running a finer-toothed comb through the manuscript. In the first edit, the changes are on the multi-paragraph, scene, or chapter level. In the second edit, they are on the paragraph or partial-scene level. In the third, they are on the phrase or sentence level. By the fourth, changes are on word level. Sometime four edits is enough, but what I've found, especially for newer authors, is that 5-10 edits are necessary. EDITS! Not spot-reads or re-reads. EDITS, where the full manuscript is being read, word-by-word, each time.]

I do employ an editor who reads my manuscript three times, usually at the beta stage, the first edit stage, and final edit stage. All authors should have a good editor helping them out.

And once all proofing is done, you format the manuscript and can say, "I'm finished."

Writing the first draft is about 1/3 of the work that goes into writing a book. It's the easy part. It's the beta phase, rewriting, editing, and proofing where you'll find the work. The final 2/3 is the hard part, because it can be hard to listen to negative feedback and realize you have to make major changes to certain elements of your book. It's hard to cut out chunks of material you worked hard on, and which might even contain little gems you're uber-proud of. And it's hard to re-read your manuscript over and over, editing and searching for mistakes, tweaking and refining, and rearranging elements to improve flow.

But when you say, "I'm Finshed," it's worth it. Because then you can REALLY celebrate.