Is Your Well of Story Ideas Drying Up? 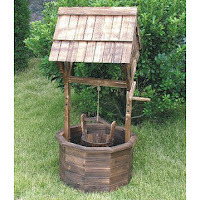 Most of the authors I know, including me, have so many ideas in their TBW (To Be Written) pile, they could write nonstop for a couple of years and not get all the stories written. However, others struggle to add to their TBW list.

If you are a struggler, maybe this post will help.

Yes, I do have a healthy TBW list, but I like keeping new ideas flowing and add to my list all the time. Sometimes an idea just reaches out and grabs me and moves to the front of the line, and other times the idea just simmers and stews, and I know that one day it will make a great novel, but not today.

Still, even I go through droughts. Recently, I found myself in one such dry patch.

For those who don't know, I was unemployed for almost two years. Actually, the two-year anniversary of my unemployment just past last week (I blogged about it - LOL). Emotionally, things were rough for a while. I won't go into all that here, but in January of this year, after endless searching for a "real job," I decided that I already had a real job. I'm a writer. So, this past January, I devoted almost all my time to writing and getting my first book published. If I couldn't find a job, I'd create a job with the talents I've had since about birth (I was writing before I was in school).

Then, in the middle of May, my good friend and a former boss I'd worked for before taking my last job called me. A position had just opened up, albeit a temporary one, and he thought I'd be perfect for it. Since my unemployment benefits were running out in two weeks, and my book income wasn't quite enough to live off of yet (and because he was my friend), I took the job.

Bear with me...I'm getting to my point.

So, I started my new job the week before Memorial Day, which was also the week my second book was released, and all was good. At this time, my idea well was beginning to dry up. Sure, I had a ton of ideas already working, as well as a series of 10+ books that I'd only finished the first two of, but, as I said earlier, I didn't like that my mind wasn't churning over new material.

My first few days at my job were pretty slow since it was right before the holiday, and they received Rolling Stone magazine and Sports Illustrated. Guess what? I found a treasure trove of story ideas. I read an article on John Mayer and immediately saw a story about a musician who suffered being in the public eye. A special section focusing on EDM (Electronic Dance Music) made me change one of my character's hobbies to music and mixing his own tracks of EDM. An in-depth article on boxing gave me loads of information for fight scenes and my warriors. I was so blown away that I immediately subscribed to Rolling Stone, and have considered a subscription to Sports Illustrated.

But my discovery of rich ideas didn't stop there. At home, while I was doing my back therapy after work (I have to regularly perform therapy exercises due to a back injury I sustained about three-and-a-half years ago), I turned on the Travel Channel and became addicted to Anthony Bourdain's No Reservations, Bizarre Foods, and Ghost Adventures. Oh yes, kiddies, I have a ghost story or two (or more) in the works, all from being inspired by Ghost Adventures. And the food shows help me develop new ways of describing places, actions, and behaviors, all because the hosts of those shows are writers themselves, and you can tell by the way they talk.

Interesting, huh? I went from ho-hum to Wa-HOO! in the idea department.

So, here's my advice to anyone who is scratching their head for new ideas to write about: Read magazines you've never read before, especially entertainment magazines. I love Rolling Stone because they just "do it right" and they aren't a gossip rag. RS isn't afraid to ask tough questions and dig into a story's meat, and that helps me engage at a deeper level where my imagination can begin to work. However, even gossip rags can provide you with some amazing fuel for story, because they know how to engage your emotions and get you worked up.

Watch TV shows you wouldn't normally watch, too. Maybe you'll catch a show on ancient aliens, and the next thing you know, you've got a great paranormal romance developing about a being who comes to earth to check on the progress the civilization has made since his race populated the first humans here. Maybe it's his decision to report back to his leaders whether the planet should be destroyed or left to continue. He's disgusted by what he finds. Filth, despair, war, the depletion of the planet, etc.. Oh, but then he meets...her, and his heart falls for this ethereal woman who, no matter how hard life is, seems to always see the good. He falls in love. When he doesn't report back, others are sent to investigate. These others are more brutal, and they have no hesitations about ordering the destruction of the human race. To them, the experiement was a failure. For the first interplanetary visitor, it becomes a race to find a way to save the human race, the woman he loves, and the planet, and to convince his leaders not to follow through on their plans of extermination.

I got all that from watching a TV show. See how simple this is? The idea may not start out great, but through writing and editing, it can become great. Who cares if the idea is full of problems. It's just an idea, it's not the story. If you saw my first drafts and compared them to my final manuscripts, you'd see that even a first draft can suck, not just the idea of one. Mine are so full of holes and need so much TLC before they're ready to be published, it's almost sad. But that's why I put each manuscript through 5-10 rounds of edits and 6 beta readers: so all those holes can be filled. An idea should be just that: an idea. It's a small seed you can grow an awesome story from.

The most important thing to get your well of ideas to fill up again is to break your routine. Get up earlier or later. Go see a movie on a weekday by yourself if you never do that. Read a book in a completely different genre from what you're used to. Go for a bike ride. Go to the mall and watch people. Go to the museum or take a tour of the city where you live.

You can also look at random pictures on the internet and write a couple of paragraphs about the story being told in the picture (as you see it). Here, let's try that now. Pick one or more of the following pics and create a scene from it. What's happening? Why is it happening? Who is involved? Is there magic at work? What are the emotions of the characters? Why are the characters there? You can simply imagine or you can actually write out a little story or scene, whatever works best for you: 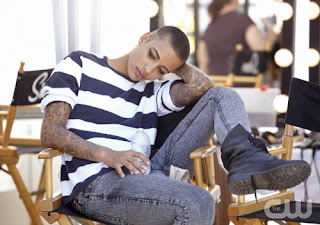 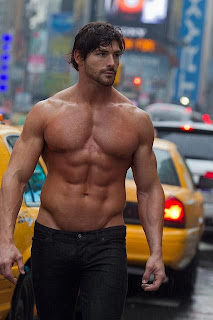 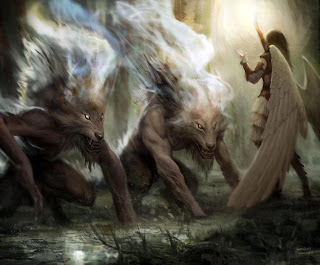 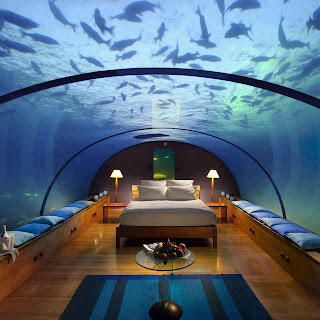 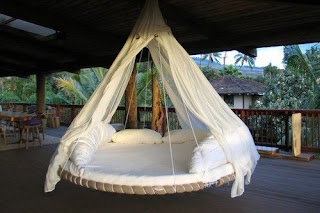 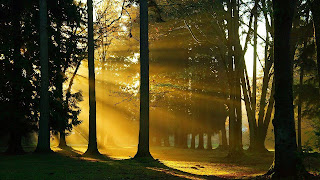 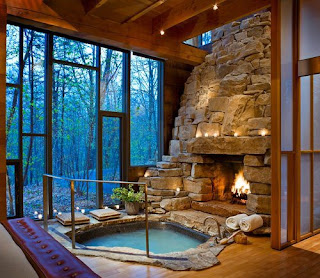 If you did this exercise and feel like sharing, go ahead. I'd love to see what people came up with.

One last thing that has helped me come up with new ideas is to put on my headphones, turn on my Pandora radio station (Kaskade radio is my favorite right now), lean back, close my eyes, and let my mind get lost in the music. I have come up with a TON of ideas for books and scenes within books by doing this.

Hopefully this has helped some of you find new ways to break open new ideas. Does anyone have any other suggestions for coming up with new ideas? Where have some of your best ideas come from?