What I Love About Living In Indy

Today, as the Brickyard 400 gets underway about 20-30 minutes from my house, I am reminded about one of the things I love about living in Indianapolis (Indy, as we Hoosiers call it). We get at least two guaranteed flyovers every year.

I could spend hours at an air field watching American heavy metal land, take off, and fly over.

This year, for the Indy 500, we got my favorite all-time jet as a flyover. The A-10. The A-10 tank busting Thunderbolt was close to being decommissioned before the Gulf War, where it proved its worth for being highly maneuverable and deadly against enemy artillery. An A-10 even took out an enemy attack helicopter. Let's see an F-16 do that. Yes, I'm proud of my A-10s, which seem to have solidified a place in the American military for many years to come. 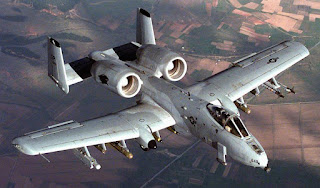 The A-10 has a very distinct sound, sort of like a high-pitched whine but with some power behind it...almost like it's shifting gears but not. It's hard to describe, but once you've heard an A-10, you don't forget it. In my opinion, this is just about the baddest bad boy in the sky.


I'm lucky enough to live near the path for the holding pattern for race flyovers. Every year, the hubs and I prepare for the chosen aircraft to fly over or near our house anywhere from 5-10 times in preparation for their flyover at the track.


Today, I had my window open as I watched the clock draw nearer to race time and listened for the telltale roar of whichever aircraft we got this year. I was working on the final proof for Micah's Calling when an odd noise in the distance caught my ear. My hubs said, "Oh, that's just a commercial airliner." We live close enough to the airport that jets fly over all the time, but this didn't sound right to me. The noise grew louder and included the telltale sound of helicopter rotors. "Oh no it's not!" I yelled, and jumped out of my chair and took off for the front door. I couldn't see them, but I knew something unique was hitting Indy this year.

I came back in and did a quick Internet search, and sure enough, we had ourselves a pair of F-22 Ospreys. 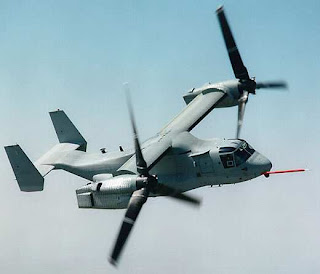 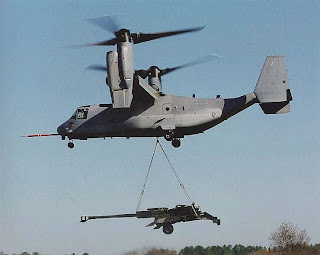 Hubs and I got in the car and drove down the street for a better look since we have trees all around us, and because the Ospreys were taking a shorter route than usual flyovers and not coming as far north as we live. Let me tell you, Ospreys are impressive up close. They were huge and had both a jet engine and helicopter sound, making them way cool to watch as they flew over us five more times.

At any rate, this is just one of the things I love about living in Indy. What a bad-ass way to take a break from Micah's Calling - watching a pair of cool birds fly over before the race.

Happy Sunday!
Posted by Donya Lynne at 11:01 AM