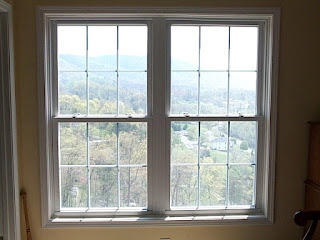 NOTE: An unedited and unfinalized excerpt from my next AKM novel, Rebel Obsession, follows. Adult content.

I'll bet a thousand dollars that some authors read the title of today's blog post and said, "Oh God, not another lesson in showing vs. telling." Why? Because the concept of showing vs. telling has been beaten so forcefully into author's heads that it's almost become a catch-phrase or some kind of offensive slur. In fact, there is a mini-movement of sorts to do away with the concept. Obviously, I think that's a bit extreme, as well as misguided, since the concept of showing vs. telling receives the attention it does for VERY good reasons: 1) Many authors don't truly understand it (it took two years for me to get it) and NEED to learn it;  2) If you're simply telling your story to your readers without showing them anything, you are losing them.

Since the idea of writing and selling books is to keep the readers you've got and gain new ones, obviously you need to be learning all the ways to do that, which includes mastering the art of showing a story and not just telling it.

Readers want an experience, and the only way to give them that is by showing the story to them so that while they read it, they are watching the movie in their minds. It's hard to "experience" a story when it's just being told to you to the point you can't live it, breathe it, smell it, and even taste it. When you engage their senses and their imaginations through word pictures, you allow readers to build the "movie" in their mind so they can watch it while they read.

Perhaps the vehement antagonism toward showing vs. telling stems from the thought that when some writers are told they need to show more and tell less, they think they're being told they have to show everything. No, that's not the case. You need some narration (aka telling) to balance out the story, because you simply can't show everything, but when you can show a scene, you should, because it makes the scene infinitely more interesting.

I'm going to show you a sample from my own writing to give you an idea of what I'm talking about. I'm editing my next AKM novel, Rebel Obsession, and as I was reading over chapter two, I sat back and thought, "Ew! This is so boring. It's just straight narration and all telling." So, I reworked it. Keep in mind as you read these samples that this is only a first edit and that the story will go through at least five more rounds of edits before it's finished, but I have begun to transform the original "telling" scene into one that "shows" more of what's happening:

Io sat in the passenger seat of the Suburban next to Severin, and wasn't that about as comfortable as being rubbed with barbed wire? More than two weeks ago, Io had learned that his bestie, Arion, had taken Severin as a mate, and vice versa. All this had happened the night Sev's chest got blown open by that Gina chick who had thought Sev had killed her brother.


What a nightmare. Sev almost hadn’t made it through, flat-lining once while the doctors had worked on him.
But Sev had managed to survive, much to the relief of everyone, especially Arion, and had just returned to work a couple of nights ago. His and Arion’s newly-mated calling phase with one another had finally ended, which had made it safe for him to return to his job.
As far as his would-be assassin was concerned, Gina had split town after Sev graciously exonerated her of all responsibility. Mistakes happen, after all. Not usually with such destructive results, but Sev was a bigger male than Io. Io doubted he would have been able to excuse Gina’s actions under the same circumstances.
Oh well, Gina wasn’t his concern. And neither was the relationship between Sev and Ari, but even two weeks later, Io still couldn’t wrap his mind around the fact that Ari was gay. Or that Ari and Sev had just spent the past two weeks doing God knew what to each other as they’d experienced their mated calling phases with each another. The calling was the time when a newly-mated male was his most fertile and went into hormonal heat. In fact, the only thing Io looked forward to about having a mate was the calling, being that it would make him a goddamn fucking machine. Two weeks of nearly constant orgasms and physical plowing into his mate was appealing on about a hundred different levels. The rest of the whole mating scene? Well, that was another story. But the idea of Sev and Arion having their calling with one another? No, Io didn’t like thinking about that.
If that made him homophobic, then he was guilty as charged.
How in the hell had his best friend turned out to be gay? Arion was a God damn fa--. Io stopped himself from thinking the word. He didn't know why, though, because for decades he had tossed the word, faggot, around like it was an everyday term. But now, with Arion turning out being gay, he just couldn't bring himself to say it or even think it, anymore.
He cleared his throat. "So, uh…how's Ari?"

Io sat in the passenger seat of the Suburban next to Severin, and wasn't that about as comfortable as being rubbed with barbed wire? Sev had effectively stolen Io’s best friend, Arion, away from him when the two ended up coming out two weeks ago about their homosexuality, as well as the fact they had mated one another.
Double-take what?
Io still hadn’t wrapped his mind around how his bestie could have turned out gay after all the chicks they’d bagged together, but there was no mistake. Ari and Sev were mated to one another, and the bond that connected them was one of the strongest Io had ever seen between mates.
Just the thought of what the pair had spent the past two weeks doing to each other through their calling phases was enough to make Io squeamish. He just couldn’t picture Ari fucking a guy, for Christ’s sake, and if he tried to his stomach lurched. To say Io was homophobic was an understatement. But now he was all confused, because he had never imagined his closest compadre would turn out to be batting for the other team.
Sev turned down the heat in the cab and pulled into a parking garage where drecks liked to deal cobalt.
“How you feeling, man?” Io quickly dashed an awkward glance toward Sev before looking away uncomfortably. He knew that Sev knew how he felt about gays. Or at least how he used to feel about them. Now Io wasn’t sure what to think.
“Good.” Sev inclined his head warily.
“Your chest okay?” Io fiddled with the zipper on his military cargo pants.
Sev’s chest had been blown open by that assassin, Gina or whatever her name was, the night Io found out Ari and Sev had mated each other. Sev had been lucky to survive, flat-lining once before pulling through.
“Yeah, it's fine.” Sev threw Io an inquisitive look.
Io bobbed his head in acknowledgment. “Good. Good. Glad to hear it.” He averted his gaze and looked out the window, feeling like ants were crawling up and down the back of his neck. Being around Sev was so fucking awkward.
“I’m glad you’re glad.” Sev spoke in a measured cadence, as if he sensed the tension in the cab of the Suburban and was beginning to get pissed off about it, or maybe he was just irritated.
They circled up to the top level of the parking garage.
Io cleared his throat. "So, uh…how's Ari?"


This type of mass rewriting is typical of my round one editing cycle. After I let a manuscript rest for several weeks, when I pick it back up and read it with fresh eyes, a lot of crap pops at me that reads like a bad B-rate horror movie where ketchup is used for blood. My job is to take all that roll-your-eyes bullshit and turn it into something plausible that paints a vivid picture.

I don't think my edited version is perfect, but I do think it's way better than my original version. I removed most of the vapid narration and play-by-play, and eliminated a ton of unnecessary crap that I can work into the story later if need-be. I condensed one giant paragraph into a couple of sentences and rearranged the elements. The most important thing is that you get more of a sense of the discomfort and awkwardness between Sev and Io from the second version. I did this by adding dialogue, pulling more from within Io's point-of-view, and by using tiny snippets of narration sprinkled throughout.

So, you see, the point isn't to totally eliminate telling and narration. It's to make sure you're showing where possible and using the concept of telling to accent your showing to balance out your manuscript. Many authors weigh far too heavily on the side of telling, which makes the story dry and boring.

Think of telling as a gap filler. It's like the caulking around a window to seal out the cold air of winter. It's a small detail that you should hardly notice, if at all, which means if people are noticing it, you're using it too much or inappropriately, obscuring the view the window is trying to show you. If you over-tell your story, it's like applying caulking to the panes of glass to block out not only the cold air, but the picture, as well. It makes your window less effective and hinders its ability to provide you with a view.

I know one author who uses absolutely no dialogue, which is the easiest way to show a story. I couldn't even finish the first chapter of her book because I couldn't picture anything that was happening and started tuning out because it was 100% narration. For example, instead of including the conversations written as dialogue (showing), she simply narrated that a conversation occurred between two characters (telling) and wrote lines such as, He told me I had to go upstairs so I thanked him. Why couldn't she have written:

"Go up two flights of stairs." He pointed up and bobbed his head in the direction of the stairwell.
I glanced over my shoulder then turned back and smiled at him. "Okay, thank you."

Seeing the dialogue with action tags is way more interesting than just being told about a conversation, wouldn't you agree?

So, don't lash out at the next person who says, "Show, don't tell," because they might have a point, and you might be applying to much caulking to your window.