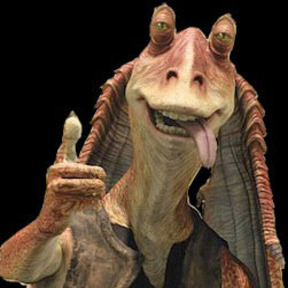 Yesterday, I posted an assignment on my POV post, and I figured it's not fair to ask you all to do an assignment without doing it myself, so here is what I came up with:

Scene: Queen Amidala is on her starship and addressing Maris Magneta, her head of security, as well as the Jedi. Others are in attendance, and she is about to reveal her plan to form an alliance with the Gungan army to take back Naboo.

Queen Amidala's POV
Sitting on her throne in her starship, Queen Amidala knew they were flying into danger. Her plan could backfire, but she had to try, and whether it succeeded or not, this was all she had.
Maris stood sternly to her right, facing her, his expression grave. "As soon as we land, the Federation will arrest you and force you to sign the treaty."
Maris was her head of security, and he served her well, but Queen Amidala had yet to make him aware of her plans to take back Naboo from the Trade Federation, so he was understandably agitated.
Quigon quickly added, "I agree. I'm not sure what you wish to accomplish by this."
She was deceiving him, making him and Obiwan think she was but a handmaiden, and she wondered how he would react once he learned the truth that Padme and the Queen were one in the same. But these were the measures she had to take to protect herself during this time of strife.
"I will take back what's ours," she said.
She'd had enough of the Trade Federation's blockade crippling Naboo. Her people were suffering, and if the Senate weren't going to help her, she would take matters into her own hands.
"There are too few of us, your highness," Maris said. "We have no army."
He spoke with measured concern, his gaze boring into hers as if to express his increasing anxiety over her decision to return to Naboo.
Soon enough, he would know what her intentions were, and then maybe his concern would ebb.
Quigon obviously agreed with Maris.
"And I can only protect you," he said. "I can't fight a war for you."
Time to reveal her plan.
"Jar-Jar Binks." Amidala looked toward the Gungan behind Obiwan.
"Meesa, your highness?" Jar-Jar leaned out and pointed to himself, obviously confused as to why she would be speaking to him.
"Yes." With resolute confidence, Amidala added, "I need your help."
Jar-Jar had mentioned to her on Coruscant that the Gungan's had a grand army, and now she planned to forge an alliance with them to fight off the droid army of the Federation to take back their planet.

Quigon's POV
Quigon stood in silence, as did the rest of them. The starship was nearing the planet of Naboo and he still had no idea what drove the queen's actions to return to a situation that was certain to put her in grave danger. Perhaps now that she had called this meeting, he would learn more about her intentions.
She sat on her glittering silver throne, opulent and garbed in royal purple, her expression giving nothing away.
Her head of security, Maris, stood to his left, apparently just as concerned as he was.
"As soon as we land, the Federation will arrest you and force you to sign the treaty," Maris said.
"I agree." Quigon spoke up immediately, wanting to ensure the queen knew he supported Maris's concern. "I'm not sure what you wish to accomplish by this."
"I will take back what's ours," she said, her voice flat and monotonous.
Take back what's theirs? What did she mean by that? And how did she intend to do that? The Trade Federation's army was much too large for her to defeat.
"There are too few of us, your highness," Maris said, mirroring Quigon's thoughts. "We. Have. No. Army."
He spoke as if to remind her of that which she should already be aware. For anyone else, speaking to the queen like that would be cause for reprimand, but as her trusted head guard, he was expected to speak frankly in such matters.
"And I can only protect you," Quigon said, reaffirming Maris's warning. "I can't fight a war for you."
Silence settled around them for a split-second, then Amidala's gaze swept back, behind Quigon.
"Jar-Jar Binks," she said.
Had Quigon heard her right? What in Heaven's name could she want with Jar-Jar?
"Meesa, your highness?" The Gungan sounded just as perplexed.
"Yes," the queen said resolutely. "I need your help."
How the clumsy Gungan could help was beyond Quigon, but he was curious. What exactly did Queen Amidala have up her sleeve?

Summary & Explanation
The most obvious point of difference between the two POVs is that Queen Amidala knows what her plan is and Quigon doesn't. She may be 100% confident it will work, but she knows what she's doing. Quigon has no idea and can only speculate.
While you are in Quigon's POV you CAN NOT jump back into Queen Amidala's thoughts to shed light on the situation. That is what is called head-hopping. While you are in Quigon's POV, you must abstain from  writing what another character is thinking or feeling, because, and this is the key, Quigon does not know what they are thinking and feeling. He can only speculate.
Below, I've provided examples of head-hopping. This scene is in Quigon's POV and I've highlighted the head hops in blue:

"I will take back what's ours," she said, knowing the odds were stacked against her and she had little chance of success.
Take back what's theirs? What did she mean by that? And how did she intend to do that? the Trade Federation's army was much to large for her to defeat.
"There are too few of us, your highness," Maris said, mirroring Quigon's thoughts. "We. Have. No. Army."
Maris felt as agitated as he did, and wondered how they were going to come out of this alive, and he spoke as if to remind her of that which she should already be aware.

Quigon would not know that Amidala knew the odds were stacked against her, and he wouldn't know how Maris was feeling and thinking, so in Quigon's POV, we can NOT include such information. Quigon can speculate by saying, "She had to know the odds were stacked against her and she had little chance of success," and "Maris appeared as agitated as he felt. Could he be wondering if they were going to come out of this alive?" but we can't write as if Quigon has "hopped" inside the other characters' heads and can read their minds. If a character is a mind-reader, sure, go right ahead and do that, but Quigon is not a mind-reader, and most characters aren't.
Until you "get" how to write POV, it will be challenging. Even as recently as nine months ago, I still struggled with the finer aspects of POV, but I just kept plugging away at it, and then one day, the light bulb suddenly went on. I haven't struggled with POV since.
Any questions? Are you ready to do your own Star Wars POV assignment now? Remember to email me your results if you want: donya@donyalynne.com