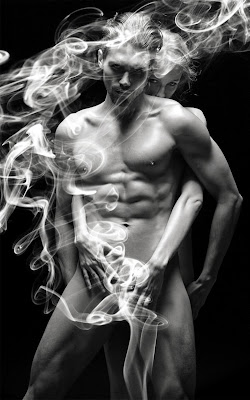 I've never done this before, and this is the only place you will see this until I get nearer to publishing this book, but I have decided to tease you with the beginning of my upcoming novella, Micah's Calling. This novella (it could end up a novel by the time edits are finished) is a supplement to the AKM series and focuses on the relationship between Micah and Sam.

At the end of Rise of the Fallen, there was more story to tell, but it didn't fit with the rest of the book. I just couldn't see a way for this part of Micah's and Sam's story to mesh with the one in Rise of the Fallen. For one thing, this part of the story had nothing to do with the premise of ROTF, and in fiction writing, anything that does not contribute to the story must be removed from the story, or it disrupts the flow for the reader. Consequently, I chose to separate this part out and put it into a supplemental novella (that has grown to 40,000 words so far - so almost novel length - and edits aren't finished, yet).

For those who have read Heart of the Warrior, you will know the gist of Micah's Calling. For a male vampire, his calling is his fertile time. In the AKM world, it's not the female who dictates fertility and pregnancy, it's the male. When a male finds his biological mate, his body enters a 1-3 week phase known as the calling, when his sperm count rises exponentially and his hormones put him into a sort of heat. He is driven by nature to "sow his seeds frequently and often" during his calling to ensure he hits his mate's ovulation in order to propagate the species.

During a calling phase, a male needs his mate with him almost non-stop, craves copulation, and suffers the longer he goes without it. And not only does he need frequent intercourse, but this is a time when he "nests." The calling phase brings out a mated male's desire for children, and everything he does during this time revolves around that need. He tends to his mate, caring for her, making sure she rests, is well-nourished, and clean. He bathes her and takes care of her every need, all in hopes that his efforts will lead to the creation of new life.

In short, the calling is a very special and influential part of a mated male's life, and he experiences a calling every 4-5 years after taking a mate.

But Micah's Calling isn't only just about Micah and Sam. Traceon figures prominently in this story, and we see more of what his relationship to Micah and Sam is and will be. This story also introduces us to Micah's BDSM proclivities as he finds himself being drawn back into the life he became disillusioned with several years before. Now that he has Sam, he suddenly feels like "showing off" his skills with a whip, fire, and many other of his talents he was known for as a Master Dom. This will not be the last we see of Micah in this capacity.

With that said, here is the beginning of Micah's Calling, to be released later this summer: 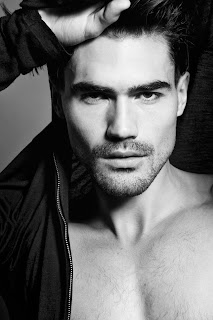 Micah Black stepped out of the bathroom, toweling himself off from his shower, and looked at the lithe female sprawled on her stomach and sleeping on his bed. She was beautiful, with pristine, near-alabaster skin so fair she appeared almost porcelain…except for the two reddened bumps displayed on her shoulder where he'd bitten her. Again.
She was his. She belonged to him. Fate had deemed it so, and Micah took the responsibility of having a mate to heart. He would cherish this female. Watch over her, tend to her needs, protect her, feed from her, and be utterly helpless to resist her if she needed him. That was the way of a mated male vampire.
Micah sat on the edge of the bed and stared down at Samantha - Sam - then brushed back her short, stylish tufts of blond hair. He liked her hair short. It showed off her slender neck and gave him an unobstructed path to her vein when he needed a fix of her blood.
Now that she had his blood in her system, she reproduced her own blood much faster than when she'd been human, which meant he could drink from her more often. And that was a good thing, because during the past few days of mating, he'd exercised that right many times.
But now Sam needed rest. Micah had used her body thoroughly during the past several hours. And once she'd slept, he would feed her so she kept her strength up. The calling was harsh on a male vampire's mate, and it was his responsibility to take care of her during this crucial time.
He slipped on a pair of flannel pants and quietly left the bedroom so Sam could sleep.
Micah watched TV for a while then went to the kitchen to prepare food for both himself and Sam. After pulling out a mix of raw vegetables, cheese, and meats, he grabbed a cutting board and his Chef's knife and got to work. 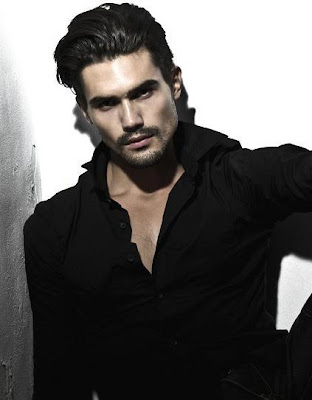 He might have been standing at the kitchen counter in his eighteenth-floor luxury apartment, cutting vegetables and cheese into bite-size pieces, but his thoughts were anything but culinary. He wore a secret smile as his mind traipsed along the memories of what he and Sam had been doing to each other in the days since he had brought her home from the AKM facility where he worked as an enforcer. With his calling finally unfurling to full strength, demanding he impart his highly fertile seed into her at regular intervals, he had become quite the expert on her body. And what a body it was, and not just because she was now a stronger, immortal version of what she had been before.
His mind played over how she affected his senses. She was smooth and sleek, with supple muscles from long hours of dancing. And every time he touched her, she quivered ever-so-slightly, but enough to let him know that he excited her as much as she excited him. Her sultry voice was a song that needed to be made into a soundtrack that played inside his head over and over so he could associate everything he did with her voice. Her taste and scent should be bottled as aphrodisiacs of nectar and perfume custom-made only for him. And the sight of her naked body was far too fetching and exquisite for even the Louvre to display.
But as much as he loved her physical affectations, it was her mind that excited him the most. From their first meeting three weeks ago, when he had awakened in her tiny studio apartment after nearly dying at the hands of Apostle, who had been one nasty dreck, she hadn't let him intimidate her. She had taken tit-for-tat to the level of art with him, sassing him at every turn. And that was something no one had done to Micah for centuries.
Sam. His spunky, feisty mate. She was a marvel, and even now he didn't feel worthy of her special beauty.
Suddenly, his twelve-inch Bowie knife shot around the front of him toward his throat as a warm body pressed against his back. An arm darted around his waist to hold him securely as the blade came to rest just over his Adam's apple.
"What are you thinking about in here all by yourself?" Sam's low, sexy voice crooned from behind him. Micah's eyes flicked to the cutting board of food he had been preparing for her, a grin curving the corners of his mouth.
"You." A gentle purr pulsed in his chest.
"You're purring, so I guess you're having good thoughts?"
Male vampires purred when aroused. And her knife action definitely had him aroused. As if he needed any help in that department. The calling had been driving him into her body relentlessly for days, and she had kept right up with him, her own body responding to the heat of his.
"Very good thoughts." He grinned as the knife pressed in harder. "You trying to draw blood, love?"
Her lips found his bare back and kissed a trail up his spine. "Mmm, no. Just letting you know who's boss."
Even with her new, immortal body, Micah could easily take her, but when it came to his heart, she was the boss. She ruled his heart as well as his soul. As her mate, he would do anything she asked. The biological lock she had on him would never allow him to defy her. 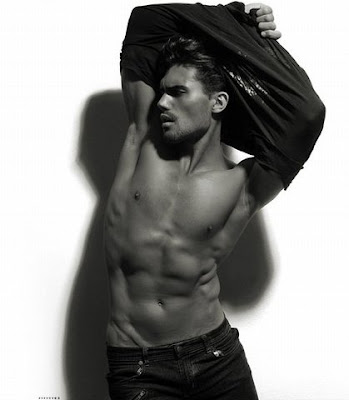