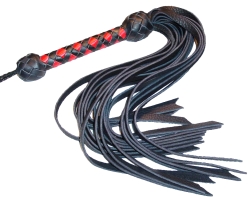 D/s relationships are about trust. The submissive puts their trust in their Dom, and their Dom does not abuse that trust. If the submissive uses their safe word (and any Dom who doesn't give their sub a safe word in a book is a Dom who doesn't know what he's doing), the Dom must stop immediately. It's not about a Dom controlling a sub, it's about a sub allowing a Dom to control him. There's a difference.

Furthermore, a submissive must talk to his Dom, tell him what scares him, what he won't accept, and what he likes. Not just sexually, but in general. A Dom and a sub need to know one another very well, and a Dom won't push a new sub too far until he gets to know him better. In this way, a Dom can understand what makes the sub tick, and can use his fears to push the envelope ever-so-slightly in the scene for a more fulfilling experience for the sub. And yet, in book after book, we see Doms and subs engaging in instant, hardcore scenes before they even know each other. This just isn't plausible.