In my ongoing series of Show vs. Tell, I'm bringing you a run-down of Chapter One of Showing & Telling, by Laurie Alberts, where we dive in to the most basic component of showing: the purpose of scenes. Until you understand why scenes are used, you can't have a full grasp of the concept of showing your story. 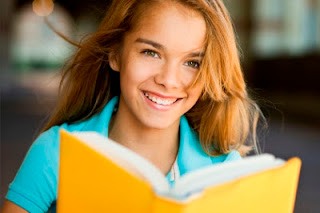 First, we need to understand what readers want. Why do they read fiction? Why do you read fiction? We read fiction "to be transported out of our own skins into the lives of others—we read to expand our emotional awareness," according to Ms. Alberts. Scenes are the means by which authors fulfill this reader objective.


"To be truly engaged in the lives of characters, events must be dramatized rather than simply reported; for dramatic impact we must be grounded in place and experience the illusion of real time passing, which only occurs in scenes. We must live the moment along with the characters, especially moments of change." -Laurie Alberts

Remember from Part I of this series, Scenes vs. Summaries, scenes take place in the moment, whereas summaries refer to something taking place (or that took place) outside the moment. Scenes show; summaries tell.

Okay, so how do you use scenes to show? By understanding the purpose of a scene, which is covered in chapter one of Ms. Alberts' book.

The Purpose of Scenes
Scenes are used to:


Scenes make characters seem real, which naturally leads to an emotional connection with your reader. One of the best compliments I've gotten on my AKM novels is that readers feel so strongly that the characters are real that they fantasize about them, make up stories in their minds about them, and want to go to Chicago just to see if they will bump into them. I've heard this from a few of my readers, and when I receive a comment such as, "I daydreamed all day about Micah and Trace and couldn't even focus on folding my laundry," I know I've created an emotional connection between those characters and the reader. You can't fantasize about someone you don't envision as being real.

And why do my readers feel like Micah and Trace are real? According to Ms. Alberts, "The 'real' feeling comes from the reader going through the experience with the character as it's happening in time, complete with sensory detail." In other words, my scenes are so powerful and evocative, readers feel like they're in the scene with the characters, living it, seeing it, and experiencing it right alongside them. That is what you want to bring to your scenes.

Let's look at the rest of the items on the list after reading an example from Rise of the Fallen, my first AKM novel, since that's easier than trying to find a sample written by someone else, or retyping the one in Ms. Alberts' book.

In this scene, Samantha is tending to an injured Micah, who she isn't aware is a vampire. She just knows he is badly injured, excruciatingly thin, and has seen that he has been self-mutilating his arms by cutting them. She is about to treat a shoulder wound by cleaning it with alcohol, which is the "white heat" Micah refers to in the third paragraph that brings him out of his mostly-unconscious state:

Micah had been in a semi-lucid state, aware of everything going on around him but unable to rouse himself. He had felt the woman cut off his shirt, had felt her sure, confident hands ranging his chest and torso before her gentle fingers caressed his face. She had talked to him, too. Well, not really to him, but sort of. Her voice was smooth and low, sultry. He just wanted her to keep talking. The sound of her voice was a balm, an audible salve to soothe his soul.
But then she had grown quiet and sucked in her breath. Micah touched her mind and realized she had seen his self-mutilation. Shame flooded him as his long-absent conscience reappeared, chastising him for what he had done. For some reason, he didn't want this woman seeing the damage he had done to his own arms.
And then everything shattered into white heat as fire stung his shoulder.
Intense hunger raged like wildfire. Micah couldn't recall ever needing to feed this badly. In an instant, his eyes flashed open and shot to the woman tending him. Terror erupted in her expression, but all he could see, think, feel, smell, and breathe was blood. Glorious, life-giving, hunger-sating, Heaven-sent blood. With graceless impropriety, Micah yanked her wrist to his mouth like it was a sandwich and he had gone way too long without food then bit down with unceremonious impatience.
When was the last time he had truly fed?
The woman struggled as he locked his hands around her arm and lurched upright with her wrist clenched in his mouth. Her blood flowed like a river of life into his belly, and he moaned in ecstasy even as he fought to restrain her. He had been too wrapped up in his need to feed to compel her into submission, and she grappled, squirmed, and struggled against him, gasping and protesting for him to stop.
Blood. All he could think about was drinking her blood. She swung at him with her free arm, kicking and trying to pull away, but he stayed with her, using one hand to deflect her haphazard punches, turning his body to avoid her kicks. All the while, his fangs kept her wrist locked in his mouth and her blood spilling down his throat.
He finally overpowered her and bent her back and down to the floor. Crouched like a man kneeling in prayer, his gaze ranged up her arm that stretched between them, linking her to him like an umbilical cord as she continued to struggle. His feral gaze locked onto the pools of clover green in her eyes as his chest and abdomen heaved lustfully. Blood lust. Strong and pure and all-consuming, it gnawed at him like a jackal on a bone.
The woman tried to cry out, but he slapped his hand over her mouth, stifling her scream, taking his fill of her blood as her body finally stilled beneath his.
It was only then that Micah realized she was crying. Tears streamed her cheeks as horrific sobs convulsed her chest. As his senses ebbed back into him, he gently lifted his hand from her mouth, keeping it close in case she tried to scream again.
"Please, please stop. Don't kill me."
Her fear smelled like sulfur as the words clubbed him. Kill her? He didn't want to kill her.
Where was he, anyway?
Micah's eyes flitted around the room and suddenly it was clear he wasn't in Kansas, anymore. What was this place? He had never been here before. Nothing was familiar. How had he gotten here? His eyes darted back to hers.
After releasing her wrist with a gasp, Micah fell back like he had just seen Jesus wagging a judgmental finger at him, and he ass-planted on her generic beige carpeting.
"Where am I?" he said.


We start the excerpt with a brief summary that transitions us from Samantha's POV to Micah's, but once we get past the summary and into the scene, you emotionally connect with Micah's pain and humiliation, his hunger, and eventually, his dismay over his whereabouts. You can connect emotionally because the scene is rendered dramatically. I didn't just tell you what was happening. I showed you. The action moves the story forward by bringing Micah into awareness and introducing him to who will ultimately be his reason for living, Samantha. Suspense is built because now Samantha knows there is something very different about Micah. Hell, he bit her, for crying out loud. And drank her blood! What normal dude does that? And how will she react when everything comes out about who and what Micah really is? How will these two embark on a relationship when she's human and he's a vampire? I can't say this scene creates change over time, but it is the beginning of a changing point for Micah as he progresses from a suicidal state of mind to one where his survival becomes of the utmost importance. We're not introducing characters in this scene, but we are revealing a bit more about Micah and Samantha. The theme of never give up or lose hope, because hope could be just a step away is introduced in this scene. And, maybe it's just me, but I think mood is clearly established for both Micah and Samantha—one of fascination and intensity. The relationship between these two characters, as well as throughout the book, will be severely intense. No resolution has been provided.

Scenes won't encompass all the bullet points on the earlier list, but they will illustrate at least some of them. If you have a scene that doesn't fulfill any or only one of the above purposes of a scene, you might want to consider removing it, because that's a sign it's probably not necessary and the information can be better included elsewhere.

A word on theme, plot, and action, as defined by Laurie Alberts:

Theme is not plot. Theme is what the story or essay is about on its deepest level. The theme could be as simple as "look before you leap" or more complicated, depending on the story. Ms. Alberts uses the following example in her book: "It took an accident for Sally to discover that she wasn't cut out to be a kindergarten teacher and that she needed to keep searching for her true calling."

Action refers to the events that happen in a scene and in the narrative as a whole—this happened, then that happened.

Plot, however, is action with a cause-and-effect relationship—this happened because that happened.


Next time I'll talk about the types of scenes, which may take more than one post, since conflict is one type of scene that's so important, it might need its own post just to emphasize just how important it is.

Until then, happy reading and writing!
-D