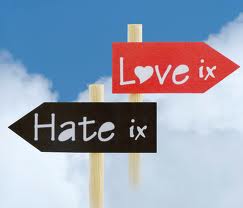 Some people have passionate views about fan fiction, especially since the success of Fifty Shades of Grey. The Fifty Shades phenomenon would not have been the success it is today if not for the huge fan fiction following it gained. For those who have been completely detached from the Fifty Shades pandemonium, that story started as a fan fiction story for the Twilight books. The author later stripped out all the vampire and name references so she could publish it and not get slapped with a copyright infringement lawsuit.
So, depending on which side of the fence you're on, you could either see fan fiction as a great thing or a bad thing. People who have seen success from starting out writing fan fiction probably see it as a good thing, but still others can make the argument (and have, which is why I'm using it as an example) that books like Fifty Shades cheated the system and aren't good enough to be published, and only became a success because of the rabid fan following from fanfic sites. Consequently, these people have turned an angry eye against fan fiction, blaming it for bastardizing fiction and for overshadowing truly original authors. As for me, I vascillate somewhere in the middle ground. I have written fan fiction, and it's possible that I will take some of my fan fiction and alter it into stories of my own or work the components of that fanfic into existing stories. But for me, I use fanfic more as a writing exercise, as well as a means to generate more ideas and expand my creativity. Fanfic has been a great way for me to break out of writing ruts and find fresh ideas.

A few pros of fanfic:
Cons:
Fan fiction: love it or leave it. There's not denying the influence fan fiction has had and will continue to have on fiction. In a way, writing has evolved in a way to include fan fiction as a valid means by which to write and gain new fans, a following, and to have success in the writing world. Personally, I think it needs to be embraced, as long as everyone is aware of the pitfalls and legalities involved. Fifty Shades of Grey is the perfect example. Whether you love the books or hate them, you can't deny the effect Fifty has had in the writing world, or the success the author experienced from it. Think about that. :)

Do you read or write fan fiction? Why or why not? If so, what are your favorite types of fanfic stories?