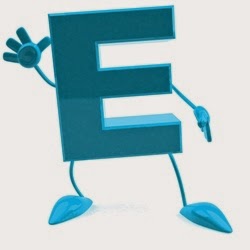 The dilemma of blond vs. blonde - to E or not to E has been putting writers in a stymie for as long as I can remember. When I began writing, it stymied me, so I looked up the definitions of both spellings over two years ago. I had a character who was blond (or is that blonde?) and wanted to make sure I described her correctly.
The other day, I posted a writing tip on my fan page about these two seemingly similar but different words. Since I link my fan page to Twitter, I purposely kept the post short so I didn't go over the 140-character Twitter rule. Here's what I wrote:

"Blonde" is a noun. "Blond" is an adjective. I can call a woman a blonde, but describe her hair as blond. #writetip

Who would have thought such a short post—and one tiny vowel—would stir up such a bustle of activity, but I received messages and emails all day about this. My critique partner and I even got into a friendly face-to-face debate over this last night.

So I took it upon myself to do more research and found that "blond vs. blond - to E or not to E" has three schools of thought.

That's right, it seems that not even our English dictionaries can agree on blond vs. blonde. Here are the three schools of thought I turned up:

My Random House Dictionary defines blond as "having light-colored hair and skin; light-colored; a blond person."  It defines blonde as a "blond woman or girl." In other words, you would use blonde as a noun when referring to a woman but call her hair blond (adjective) when describing her hair. Also, since the dictionary specifically refers to blonde as a blond woman, one can infer from the definition for blond that a man with blond hair would be referred to as "A blond." Note that for the man there is no E. I also remember reading online two years ago (for the life of me I can no longer find the link) that a woman is referred to as blonde while a man is referred to as blond, when using the word as a noun.

Examples:
The blonde led her guests to the table.
She has such lovely, blond hair.
Jeremy was a blond who had big blue eyes.

My Merriam-Webster Dictionary defines blond and blonde as being interchangeable. The entry looks like this:
Blond or Blonde: Adj : fair in complexion: also : of a light or bleached color - blondish.
Blond or Blonde: n : a person having blond hair.

This is probably the least popular school of thought.

Examples:
She's a blonde with blonde hair.
He's a blond with blond hair.
She has blonde highlights
He wants to dye his hair blond.
She's having a blonde moment.
He can be such a blond when he asks such silly questions.

In this way, the English language follows the rule of masculine and feminine that other languages follow. For instance, in Spanish, certain words have both a masculine and a feminine spelling. In English, we don't distinguish between the two. However, in the case of blonde vs. blond, this school of thought does.

So, what does all this mean, other than you're more confused now than you were five minutes ago? What it means is that there really is no right or wrong when it comes to blond vs. blonde - to E or not to E. Well, the only wrong you could commit is if you are inconsistent in which school of thought you use. Pick one school of thought and be consistent. I tend to subscribe to #1. My critique partner uses #3. Even if you use #2, you still need to be consistent. Yes, you may be able to use the spellings interchangeably, but if you use both blond and blonde in your writing, you'll just look like you don't know what you're doing. If you're going to be a #2 school of thought person, pick one spelling and stick with that.

Now excuse me, I need to go have a blond (or would that be blonde) moment.

Happy Writing!
D
Posted by Donya Lynne at 5:19 AM