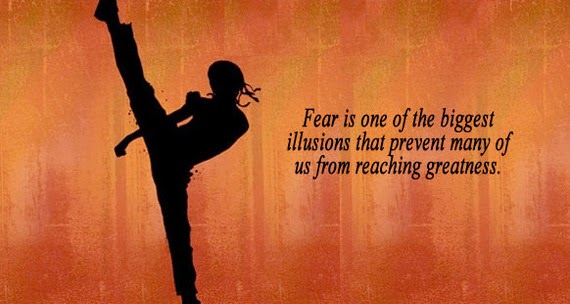 Last night, I had what some could view as a life-changing experience. A celebrity reached out to me, and I got to talk to him on the phone. Here's how events played out:

I went to the chiropractor for an adjustment. Hubby was there for his appointment, too. As I was sitting beside him, checking my email, I pulled up a message and scoffed. Hubby looked over. "Check this out," I said. It was an email allegedly from this celebrity's personal assistant, asking me to contact his manager at my earliest convenience. No reason was given, just an email and a phone number. "Do you think this is some kind of scam?" I asked hubby. "Should I reply back?" Hubby said, "Sure. Just don't click on any links." He's a computer guy, so he's pretty cautious about opening emails from unknown sources.

So, I replied back with a short email that said I had been asked to contact him but wasn't sure why. Off I went about my business. I got my adjustment, grabbed a snack at home, watched my recorded The Young and the Restless, then went to meet my friend and critique partner to discuss self-publishing and my latest WIP.

After returning home and eating dinner, I checked my email. There was a message from this celebrity's rep, thanking me for replying so quickly and asking me to call him on his personal mobile.

I was watching MasterChef at the time. I was not calling until MasterChef was over. I was busy, you see. Uh-huh. Well, keep reading.

My curiosity began to get the better of me. Maybe this was legit. Maybe this really was this celebrity's rep. So, I started doing some internet searches for his name during the commercials. Hmm. Yep, there was this guy's name, associated with the celebrity in question. And, oh look, there's the rep's email address linked to one of the celebrity's YouTube videos. Okay, this was looking more and more like the real deal.

MasterChef ended, and while I was now getting excited, I forced myself to stay cool as I dialed the number. Yep, this could still be all a big fat hoax. Not likely, but my wary inner voice was hovering nearby to keep me on my toes.

The rep answered, and I said, "Hi, this is Donya Lynne?" As if I didn't know who I was, right? Yes, by now I was pretty sure this was for real. "Donya Lynne! Pleasure to finally meet you!" the rep said. We proceeded to have a pleasant, upbeat conversation, and then he said, "Hey, I've got [celebrity] right here. Hold on and I'll put him on so he can talk to you." At least, I think that's what he said. I was a little flumbergasted that Mr. Celebrity was right there, and that, yes, I was about to oh-so-(not)-casually chat with him.

Don't ask me what was said between me and Mr. Celebrity. I know the gist of it, but my brain was starting to misfire right about this time, so perfect recollection of what was actually said now eludes me. Mr. Celebrity was really cool, very appreciative, and said a lot of nice things. I just can't remember them. I really need to work on my memory. For real.

I then hung up the phone and proceeded to laugh for about two minutes. Hubby, having heard my entire side of the conversation (and knowing I had, in fact, talked to Mr. Celebrity) calls from the next room, "Are you having a bit of a fangirl moment, honey?"

Really? Do you have to ask?

But, in hindsight, it wasn't so much as a fangirl moment as it was the realization that good things come to those who do good deeds and refuse to let fear hold their tongue. You see, a little over two years ago, I contacted Mr. Celebrity and asked him to appear on my book cover. "That's ballsy," you might say, but my way of thinking is "Never be afraid to ask. The worst they can say is no, and the best they can say is yes. You have everything to win and nothing to lose by simply asking." We emailed back and forth a few times but couldn't make the cover happen. I was on a shoestring budget at the time and didn't have the resources to pay for the rights to use one of his pics. But he was gracious, and so was I. Not able to make it work, I bowed out of the discussions with a sincere "thank you for at least considering" and went on my way.

I always preach that authors need to be careful what they put on their platform, because this is their professional reputation they're building and showing the world. Don't post profanity-laden messages all over social media. Don't troll. Don't bash anyone—ANYONE—in the business. Not other authors, not publishers, not editors, not agents, not cover artists, not cover models, not potential cover models...NO ONE! Don't post controversial subject matter such as politics, religion, or your own personal opinions about touchy subjects (I learned this one the hard way and refuse to walk that path again). Don't go on and on about your health problems (the occasional post is okay, but posting about your health issues every day is a drag for your readers, and they don't want to hear it). Your author platform—your brand—is about you, as an author. Be social and be professional, but keep your posts relevant to your author persona, not everything else going on in the world, your life, and your head.

Well, because this celebrity is going through a re-branding right now, and, in my case, if I hadn't maintained my professionalism and my own brand awareness, I doubt he would have reached out to me. Furthermore, if I hadn't reached out in the first place over two years ago, he might not have reached out to me now. By sucking down my fear and "going for it," I put my name in his head, and by maintaining my professionalism, I indirectly earned the right to speak to him on the phone last night.

I won't divulge the nature of our conversation, but for those who pay attention, you'll be able to figure it out over the next few months. Maybe. But even if you don't, that's not the important thing here. The lesson to learn is to be fearless and professional...and to never take "no" personally. All the rest falls into place with time.

Peace out and happy writing
-D
Posted by Donya Lynne at 8:40 AM