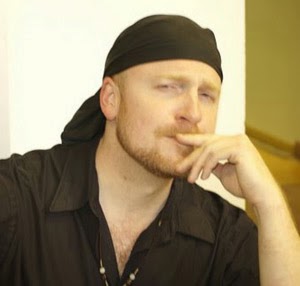 Well, add me to the growing list of authors who have commissioned Robert Quill, paid him, and then never heard from him again.

Last May, at the RT Convention in Kansas City, I commissioned Mr. Quill to create two prints for me of one of my AKM characters, Micah. He gladly charged me $400 and told me it would take about three months to create the prints. Here is what has happened since:

In June, I emailed him to ask him if I paid for VIP service. I couldn't remember if I had and wanted to make sure I did. No response.

In October, which was five months after RT and two months after I should have received my artwork, I emailed Mr. Quill to inquire about the status of my order. I had given him two extra months past what he had stated for my delivery, but it was time to begin inquiring. No response.

October-December were incredibly busy months for me with a book release and a huge blog tour, so I didn't get back around to following up with Mr. Quill until last week, because, honestly, time got away from me. I could barely remember what day of the week it was and forgot my own birthday. I emailed him again January 2 to inquire about my order. No response.

I contacted the RT organizers and asked if there was anything they could do to help facilitate communication with Mr. Quill, since it was there that I met him. I also wanted to let them know what has happened so they would reconsider allowing him to have a booth at future RT conventions. They assured me that he has been banned from the convention in the future, because apparently, they have received a lot of complaints about him similar to mine. They also said one of their organizers would attempt to contact him to try and get a resolution to my situation. No response from Mr. Quill.

I emailed him again yesterday morning, stating clearly in my subject line that he needed to reply immediately to avoid legal action. No response.

However, I'm pretty sure Mr. Quill has received my messages, because in the five days since I emailed him on January 2 to today, he has shut down his website. I pulled it up last week to ensure he was still around, and it was there. This morning, I tried to pull it up, and it's gone. UPDATED TO ADD: Lo and behold, his website came up again about an hour ago, as of 1/7/14.

So, this morning, I filed a dispute with my bank for the $400. I asked them, "What if he doesn't respond to the dispute?" and was told, "He has to respond." I was like, "Well, he had better say yes to my dispute, because if he says no, I'm taking him to court."

During my research into how to reach Robert Quill, I found that I'm not alone in my troubles. Check out these links to others who have also been unable to get a response from him. Note that Robert (and his wife) did reply on the blogs. Interesting that they can respond to public outcries against him but not to private emails.

For those like me who are unable to receive responses from him, perhaps these links will help. I'll be saving these for  my own files in case I have to sue him to get my money back:
Here's a listing for him on Wizard World
Robert Quill on Facebook
Better Business Bureau Listing

That's my story. Be warned and stay away from this guy. He took advantage of me, took my money, and that's the last I saw or heard of him. I guess I should have known something was awry when I returned to his booth at RT (when he told me to so I could see the sketches of the artwork he promised me) only to receive a curt and almost rude remark of how he hadn't had time to do it, yet...as if it was my fault. I should have asked for a refund then. Live and learn. But hopefully I'll help others learn from my mistake.

UPDATE: I did send Mr. Quill a Facebook message this morning, as well, notifying him that I've been trying to contact him and that I've filed a dispute with my bank for the $400. So far, no response. We'll see what happens.