365 Ways To Be A Better Writer - Week One Recap 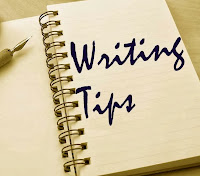 I hope everyone is ready for Winter Blast 2014. As I'm writing, the snow has arrived here and is coming down pretty heavily. And what better way to spend a snowy Sunday morning than to hunker down indoors and recap this week's writing tips on how to be a better writer.

I won't always do a weekly recap, but since this series is still so new, I thought it appropriate this week.

We started the 365 Ways with last week's blog post on creating a 5-Year Plan. Since I already spent ample time on that topic, I won't rehash it here. The other topics I hit this week are:


Let's look briefly at each one:

Also, know when you do your best writing. I'm a morning writer. I seem to be more productive before 2:00PM, the earlier the better. I used to get up at 4:30AM and get 2,000 words written by 6:30AM. Other people are more productive late at night. Still others write well in short spurts. This is individual to each author, and only you know when it's best to write for you. Also, do you prefer music or silence? A warm beverage at your side? A dish of m&m's? Once you know when and how you do your best writing, you'll soar.

Read "On Writing" by Stephen King
This is pretty self-explanatory. I will say that this was one of the first writing books I ever read, and many of Mr. King's advice has stuck with me almost verbatim. I'm not a big fan of Stephen King's fiction, but that doesn't mean he doesn't give excellent advice. He does. Read this book over and over and over until you've nailed his advice. He knows what he's talking about. I always say that if you want to be a bigtime author, you need to emulate a bigtime author's behavior when they're writing.

Editing
Too many self-publishers publish too quickly. They get impatient. They finish their rough draft and do a cursory read-through, and that's it. They might have a friend do a quick proofread or "edit" (I've seen some of these "edits" done by friends, and I'll just say, DON'T USE YOUR FRIENDS TO EDIT unless they are professional, trained, and educated editors), but that's it.

That book is your baby. The writing within it is your reputation as an author. Would you really treat your baby that way? Is it smart to sacrifice your reputation for a quick dollar? No. So, this is my advice: Write your first draft, put it away for a month or two, pull it back out and re-read it, and if you don't immediately vomit from how bad it is (and you might) start editing and rewriting it. After each edit/rewrite, set it aside for a few weeks, then come back to it and do another edit/rewrite. Do this about five times, maybe more. Send the story to your beta readers with the explicit instructions that you want them to shred your story to pieces (I'll be talking about beta readers later in this series of blog posts, so stay tuned). Once you get your beta feedback, do another round of edits and rewrites. [By the way, I usually send out my first or second draft to my beta readers, but I have thick enough skin to take the beating my betas will give me based on one of my early drafts. Most authors don't have thick enough skin to take this harsh criticism, so I'm recommending you send out a later draft. Of course, if your skin is thick, and you trust your betas to be excruciatingly brutal like mine are, then send them your first draft. It could save you a lot of editing and rewriting on things that will end up not mattering.] After you've addressed your beta feedback within your manuscript and are happy with the story, hire an editor. An actual trained and educated editor who comes with some credentials. Let the editor do their thing, and then implement his or her changes. Give the story one final proof (I do a proof, and I have someone else who also does a proof), and THEN you can publish.

True story about the importance of editing: Several months ago, I saw that an old friend of mine had published a book. I visited her wall. Less than a month prior, she had posted that her book was "about" halfway finished, but that she wasn't sure just how long the book would be, because she was flying by the seat of her pants as she wrote it. Okay. Stop. Think about that. Less than a month before she published her book, she was "about" halfway done with the book...which means that she finished the book probably a week or so before she published it. Yes, I went to the book listing on Amazon, and yes, I "looked inside." What I found was astonishing. It was obvious she hadn't done any editing or proofreading at all, and what I read was filled with not only errors, but too much "fluff" that detracted from the story and led to confusion. It was, in a word, awful.

Good storylines don't mean squat if the story is poorly edited (or not edited at all) and/or poorly proofed. No story is good enough to overcome poor execution. Edit, edit, edit!

How to Start Your Story
The best way to grip your readers is by starting your story at a point of change that leads to questions about what will happen:
Right away, your character(s) are under duress in some way. This is interesting. This is conflict and dramatic tension. These are the things readers want. They don't want to read three pages of your heroine washing her car as she talks about nothing of importance with her friend, who's helping her. Yes, I once tried to read a book that opened that way, and yes, I stopped reading after three pages.

You get maybe a page or two to grab your reader. If you don't grab them fast, you'll lose them.

The thing to remember about all these tips is that they're just that. Tips. They aren't the end-all-be-all gospel. Every writer has their own take and style, but every author has to start somewhere. Take from my tips what works, and leave the rest. And maybe something I've said might just spark you down a path you never would have gone otherwise. That's what it's all about, discovery new paths and methods of professional growth. I'm excited to help each of you find your own path of writing discovery and growth this year.