Resolutions and My Advice to New Writers 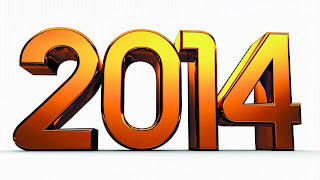 A new year is right around the corner. Time to make your New Year's Resolutions. They need to be measurable, challenging, yet attainable. I'm keeping mine simple:

So, while I was thinking about next year's goals, I started thinking about what advice I would give new authors going into their first full year of self publishing. What kind of goals would a new author be wise in making in 2014?

You see a lot of authors buying a bunch of swag and hosting tons of giveaways, book launch parties, blog tours, etc., and for someone just coming in to the world of self publishing, it could be very tempting to go gung-ho all-out and do it all. But here's what I've found after trying this route: It's extremely 1) time-consuming, 2) exhausting, and 3) not necessarily as productive as you'd think. In 2013, I did three blog tours (one that lasted two months and took about 160+ hours to prepare for and run), ran several giveaways, and hosted my first book launch party for my latest release, Return of the Assassin (which also took about 20+ hours to prepare for). Here's what I found worked and didn't work so much:

Blog tours are great to help get the word out about a new author or a new book, but you have to be ready to put in a LOT of time and effort to do one. Even one that lasts only a week or two takes a ton of preparation and effort. You should write a unique post for each blog, not simply recycle the same post over and over. Bloggers want to see the effort. Some bloggers won't even host you if you give them a recycled post. Read what other authors are writing on their blog tour posts to get an idea about what works and what doesn't. Shorter is better, however, I have written "short stories" for my AKM Series as blog posts, and fans love those. I've interviewed characters from my books, written holiday themed posts, and all sorts of fun things. Be unique. Be fun. That's the trick. But blog tours are great ways of networking and gaining exposure. I've made some great friends from blog tours.

Swag? Eh. I've bought hundreds of dollars worth of swag and haven't seen any return on investment. Swag is nice to have to hand out, but be smart about what you buy. Don't just buy it to buy it. Unless you're going to a book convention or are to a point where you're doing big giveaways, you really don't need it. Swag is an expense you can hold off on if you're a new writer.

Giveaways. There are varying opinions about giveaways. I've done them, but haven't seen any increase in business because of them. For me, they just don't work to gain new readers or impact sales. If someone is interested in your book, they're going to buy your book. Not because you gave away a Kindle Fire, but because your book enticed them. For me, a giveaway is more a way for me to give back to my fans than to find new ones. So, if you're looking for new fans, giveaways probably aren't the way to find them. They'll enter your contest, win or not win, and move on to the next contest and/or to a writer they know.

Book launch party. My launch for Return of the Assassin was HUGE! It was a three-hour event, and I couldn't keep up with the activity and buzz it created among readers. More posts came at me faster than I could reply. With that said, a launch party when you're a brand new author could leave you depressed. You haven't yet built up an audience, so it might psychologically depress you when only four or five people show up. I never threw a launch party for any of my first five books, but I felt it was time with ROTA. But I kid you not, after three hours, I was a vegetable from exhaustion. Wow!

Just Write For Right Now
With all that said, if you're a new author, what do you do to gain new readers? Here's my ultimate advice: WRITE. Just write. Learn how to write better. Study writing. Don't worry about blog tours, swag, giveaways, launch parties, or any of that other stuff. There's plenty of time for all that later. Build your body of work, and focus on quality, not quantity. I've known authors who put out a book a month and don't sell squat, because the quality of their books suffers from the constant churn to get the next book published fast. And then I've seen the authors who've published one book that was well written and carefully planned, and they make enough from that one book to retire from their job. One author I know made the New York Times Bestsellers with her third book and was able to quit her job, all because she wrote well, not often. She is very successful now, and she has a rabid following. But it all began with excellent quality. So, that should be your primary focus as a new author.

For me, I spent 2013 doing everything but writing, and I have vowed to get back to the basics in 2014. I won't be running any big giveaways, nor will I do any big blog tours, if any at all. I won't be attending any book conventions, either. In today's market, an author needs to be prolific to be successful. And as a writer, I need to write, so this works great for me. I only published two books this year, and that's not good enough. With six on next year's docket, I need to focus on writing first and foremost. And isn't that what it's all about for writers, anyway? The need to write? Once you've got a healthy body of work, then you can start adding in the other stuff (see below). That's when blog tours, giveaways, and parties will have the greatest impact, anyway. To do giveaways and tours and parties with only one or two books for sale is kind of like dumping baby fish into a pond and then immediately going fishing. Let the fish mature before you fish them out, otherwise you're just wasting time and effort. So, in 2014, I write. In 2015 I'll promote.

Best Thing I Ever Did To Gain New Readers
With five books on the market, I ran a freebie of my first book, Rise of the Fallen in January of this year. Sales had been steady but slow, but after I put up my freebie (and spent $100 to advertise it on a couple of sites), downloads went through the roof. I think I had over 100,000 downloads of ROTF in one month. Sales of the other books skyrocketed, and the likes on my Facebook fan page took off. Within three months, I'd made more from book sales than I had in a year at my day job. I haven't looked back since. BUT...without a decent body of work already published, the freebie would have been a waste. So, I repeat, get a body of work published, and THEN start your hard marketing and promotion.

Good luck! And here's to a happy and productive 2014