Recently, a major fiasco blew up in the GLBT writing genre over authors buying reviews. I was mostly detached from this event, but as an author who has written—and will write—more GLBT novels, I was interested in hearing what happened.

The long and short was that an author who's relatively new to the scene was accused of buying reviews. I know this author personally and in no way would I ever believe she would buy reviews. She's probably THE hardest working author and promoter in the biz and has the energy, stamina, and tenacity of the Energizer Bunny. How she manages to keep up with life, writing, and blog touring the way she does is beyond me, but she does it, and she does it well. Let's call this gal Cindy (since I'm protecting the names of the parties involved).

Cindy and I have a storied history, but she proved herself to me when she caught my back when others simply wanted to stab me in it. Others were lying and spreading jealous hate about me, and Cindy didn't abandon me like others did. Her goal was to get at the truth, and she did that and more, uncovering one of the absolute worst episodes of lying, conniving, and back-stabbing I've ever witnessed. And I was the unfortunate and unwitting victim. To this day, what happened still upsets me because of who was involved (someone I thought was my best friend). But Cindy hung in with me and supported me through it, and she outed the bad guy and gave them a quick and sure kick in the ass on my behalf. And she handled herself professionally and with humility. For that I'll always be grateful to Cindy.

I tell that story, because this is how Cindy is with everyone. She's personable and reasonable, and she strives for the truth and what's right. She has earned everything she has through hard work, five-star reviews and all.

So, to hear she was being accused of buying reviews shocked me, because there's no way she would ever do that.

There's been a lot of finger pointing and deflecting from everyone, and I'm in no way blaming anyone, but I did want to add my two cents because this is such a hot topic right now.

It's been said that Cindy was never openly accused, and her name was never "outed" as a review buyer, but here's what DID happen, and I can see why Cindy (and all of her fans) would think she was being accused, because I would have felt the same way:

A couple of weeks ago, a blog post went about about the practice of authors buying reviews and how despicable it is. And, yes, it's a despicable act. It's the equivalent of cheating in most cases (in rare cases, an author pays an agency to find reviewers for their book and it's a legitimate arrangement, but in most cases, these arrangements are illegitimate, where an author pays for hundreds or even thousands of five-star reviews). I did not see the blog post, but I heard about it, and I think I've figured out who wrote the post (it's one of three people, but I'll just refer to the poster as Jane to encompass all three to cover my bases). In her post, Jane decried review buying, and I guess a formulaic explanation was given to ascertain or reveal suspected authors who were buying reviews. The formula was something like this: relatively new author + few published books + new book release + over 100 reviews in less than two weeks + most of those reviews were 4 or 5 stars. That's just a guess, based on what I've been able to garner from reading about this situation and in talking to Cindy. In addition to this formula and the outcry against buying reviews, Jane also posted a link.

Okay, when you post a link in a blog, there's really only four reasons to do so:


When readers clicked on the link, they were taken to a site (Amazon rankings or listings? I'm not sure which) where the only author listed who was "guilty" of all the formula points and accusations was Cindy. So, rightfully so, Cindy got a little upset. Because if a link is meant to prove, support, provide an example, or further explain what is being stated, and Cindy was front and center in the link as being guilty of everything Jane was accusing review buyers of doing, wouldn't you infer that Jane was singling Cindy out as an author guilty of buying reviews? I would, whether that was the intention or not. I would have felt the same way Cindy did if it had been my name that came up in that link. In fact, I don't know a single author who wouldn't have felt like they were being accused in such a scenario. So to say that Cindy jumped to conclusions is ridiculous, because every single one of us would have jumped to those same conclusions.

And many did, because Cindy's fans fired back in vast numbers. Cindy didn't have to do a damn thing, because her fans went ballistic for her. Which I think is pretty ironic since, in the past, it's Cindy who has gone to bat for her friends. Good karma, I say. She's good people, and her fans and friends are going to stick up for her.

So, here's my thinking:

All-in-all, my opinion about authors buying reviews is..."Who cares?" I'm already busy enough and can't even keep up with my email. I don't have time to add a crusade against authors who buy reviews to my to-do list, because, really, how am I really going to prove who's buying reviews, anyway? I posted this on another blog earlier, and I think it says everything I'd like to add here:


If an author wants to buy reviews, who really gives a flip? Who cares? That’s THEIR karma, not mine or yours. If they want to cheat now, they’ll pay later. Do I really need to get on a soapbox and denounce the practice? Do I need to take my time and energy away from my life, my current writing project, my fans, my sanity…just to create a crusade against review buying? Hell no. As we’ve just seen from this situation, it does nothing but create a whole lot of stress, grief, and distraction from what’s really important.

Will I ever buy a review? No. Do I think buying reviews is fair? No. Will my ranting about it and causing hurt feelings toward others, whether intentional or not, make the problem go away? No. Amazon and other booksellers are already well aware of the problem, and steps are already being taken to mend it, so do I need to draw even more attention to this issue to make sure the powers that be are aware of it? No. Do I need to trouble my fans with this by spraying it all over my Facebook page and blog? No. Will this problem ever completely go away? No, so why stress myself over it? Does another author buying reviews really, ultimately, and truly affect my skills, efforts, and success as an author? No. Plenty of authors who don’t buy reviews are highly successful, and I don’t see any of them bitching about the practice of other authors buying reviews. Would my efforts be better served by focusing on my writing projects, my promotion, my fans, my blog tours, my marketing, and my platform? YES! Resoundingly, YES! So there’s what’s important.

You can’t change the world, you can only change yourself. I can’t make another author who wants to buy reviews—who sees value in it—stop buying them simply because I don’t like it. And all I’ll do if I go public and out the author is turn a whole lot of fans—mine and the other author’s—against me. Even if I don’t name the author in my rantings, the author I’m ranting about (or another author or authors) could take exception and think I’m talking about them for one reason or another and retaliate. And then you’ve got a giant mess like this one. Is it worth it? If it is, by all means, let loose. But I’d rather not jeopardize what I’ve worked so hard to create by taking that risk. To me, losing my fans and my sanity isn’t worth it. This situation isn’t even about me, and it’s stressful. I can only imagine the stress and distraction this has caused to the parties on both sides if it’s this stressful to me.

So, that’s my two cents. Who give’s a flying flip if an author wants to cheat? If they’re going to cheat, they’re going to find a way to cheat. If they’re not buying reviews, they’ll use another method. They’ll find a way, so who cares if you defeat review buying? Before long, it will be something else—another evil to protest. But know this: Karma always comes back around. Have faith in that and focus on your own stuff. 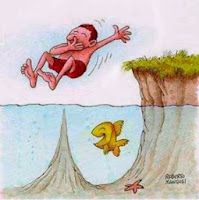 And I think that about sums it up. I'll just leave you with this thought: Look before you leap. Once you've leaped, you can't go back to the safety of the edge of the cliff when you look down in midair and realize you're falling onto a bed of jagged rocks. You'll have to take your cuts and bruises and climb with bloody fingers back up the cliff face to reach safety again.