What if...? The Biggest Decision of My Life


It is with a mix of excitement, anticipation, hope, and fear that I write this post.

I've made the decision to retire to be a full-time author. EEK! 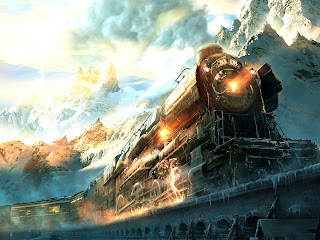 This is both an exhilarating and frightening prospect, because while I am excited to pursue my dream of being a full-time author, it isn't without fear of the unknown that I venture down that path. I'm daring to embark on a journey of my own making. To rely only on myself to earn the means by which I will survive. That's kind of scary, because there is no safety net. I'm putting all my eggs in this one basket and taking a chance that they will multiply in the way I have calculated they will.

But there are no guarantees. What if the bottom falls out? What if my well of ideas dries up? Oh, but what if it doesn't and they don't? A-ha! See, I've spent my life catering to fear: What if I'm not good enough? What if no one buys my books? What if...what if...what if? But "what if I fail?" is just negativity sucking away all the positives. It's stinkin' thinkin'. Turn that negative switch around. What if I AM good enough? What if enough people buy my books to put me on the NY Times Bestseller list? What if I'm wasting my talent by letting fear take away my dream? What if I could double my income in six months by dedicating all my professional efforts to my writing craft? What if, what if, what if INDEED!

By letting fear rob us of our dreams, we don't give ourselves the opportunity to reach for the sky. And unless you reach, you'll never succeed. Not reaching is the coward's way out. It's easy. Reaching is damn hard work, especially when you're an inch too short. But then you just have to find a way to extend your reach. With, say, a ruler or by standing on a ladder. Think on that.

It's not like I've made this decision without applying rational thought and doing my due diligence. I've crunched the numbers ten ways to Sunday, and while I won't discuss exact figures (because people I work with read my blog, and I've always been taught not to discuss my salary), but let's just say that in 2013 alone, I've made $XX,XXX selling books and $X,XXX at my job. In THREE MONTHS. Now, you can count those x's, and I will say that my book income is a little less than quadruple what my job income is, but that's as much detail as I'll give on that.

What if I was writing full time already? How big of numbers would that first set of x's represent then?

By retiring now and devoting the remainder of 2013 100% to my writing, I give myself the chance, the merest possibility, even if it's a small one, of earning a 6-figure income in 2014. By staying at my job, I give myself ZERO chance of making that happen. None. Nada. Goose egg. If I stay at my job, I would earn a maximum of $XX,XXX for the remainder of 2013. Is a shot at $XXX,XXX (even if it's a slim one) worth $XX,XXX? (And that's a pretty wide spread if you saw the numbers).

How many business owners would look at those numbers and say, "You're making a good business decision by staying at your job."? None. And yet, that's what I've done. Because of my loyalty, I have consciously made the decision to do just that. And I did it with no regrets.

But the money's not the reason why I'm retiring. Not entirely. That's only a small piece of it. That's the rational, I-at-least-need-to-pay-my-bills, business reason behind my decision. The biggest reason for my decision to retire is simply this: When you figure out what it is you want to do with the rest of your life, you want the rest of your life to begin as soon as possible. You don't want to delay. I've got the writing education, I have the talent, I have the drive and motivation, and I'm not getting any younger. Every day that I'm not writing, I'm robbing myself of my future and disrespecting the gift and the opportunity that's been placed in front of me. 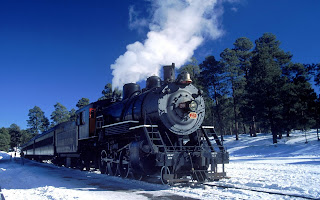 Think of it this way. I'm standing on the platform, and the train that carries my dream and my future pulls in to the station. And until now, I've just stood there and stared as everyone around me got on. As the train pulled away, I watched all those people go off and chase MY dream. And I stayed behind. I let them go. I didn't even try to grab the caboose as it flew past.

What if...I had gotten on those trains?

In the past year since I returned to work, I have let two incredible waves of momentum pass me by. I've watched two of those trains roll in and leave without me. And this year alone, I've walked away from three writing projects and numerous opportunities that would have allowed me to market myself and gain wider publicity. All because of my devotion to my job. I made that choice. I consciously sacrificed my career as an author and my dream to write novels so that I could fulfill my duty to my boss and to my company. And I don't say that to lay blame or create guilt. I say it as part of the foundation for why I'm making my decision now. Because it's time for me to stop letting those trains of opportunity pass me by. I need to get on one and ride it.

I hope those who I work with understand how loyal I've been to the company and to my boss. I don't know many people who would put their "careers" on hold for a "job," but I did just that. And, again, I did it without remorse, and I did it eagerly. It was the right decision at the time. It's just not the right decision anymore. It's time for me to follow MY dream for a change, not someone else's, which is what I've done all my life.

Not many people get the opportunity to follow their dreams and make a career out of doing what they love. Many let the "what ifs" kill their dreams and take them away. I know I have in the past, but I won't let that happen anymore. I consider myself fortunate and damn lucky. I understand the opportunity I've been given. Now I just need to start respecting it. Because up until now, I haven't fully done that.

What if...I had respected these opportunities sooner?

I leave you with Robert Frost's poem, The Road Not Taken, which sends a powerful message:

Two roads diverged in a yellow wood,
And sorry I could not travel both
And be one traveler, long I stood
And looked down one as far as I could
To where it bent in the undergrowth;

Then took the other, as just as fair,
And having perhaps the better claim
Because it was grassy and wanted wear,
Though as for that the passing there
Had worn them really about the same,

And both that morning equally lay
In leaves no step had trodden black.
Oh, I marked the first for another day!
Yet knowing how way leads on to way
I doubted if I should ever come back.

I shall be telling this with a sigh
Somewhere ages and ages hence:
Two roads diverged in a wood, and I,
I took the one less traveled by,
And that has made all the difference.

I choose to take the road less traveled. And what if that makes all the difference?

Blessings to all, and happy reading!